Usually, producer gas from biomass gasification is converted by a gas engine into electricity and heat. Current research activities concern applications of producer gas for usage in SOFCs and for hydrogen production.

For determining the most suitable producer gas treatment between gas production and application, producer gas characterisation is necessary. Herein all relevant gas components are determined. BEST and its scientific partners have been developing new and improving existing characterisation methods for years to evaluate the increasing quality requirements of producer gas.

BEST has a broad range of analysing possibilities which are classified as online and offline methods. Online methods deliver their results real-time while offline measurements consist of sampling followed by analysis in the lab. The following online devices are in our repertoire: 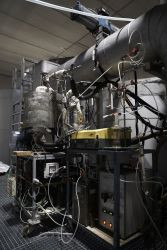 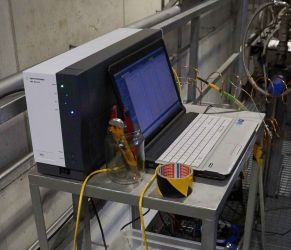 With those, the components of the producer gas can be determined to relatively small detection limits. Offline methods on the other hand are an older way for gas characterisation but still relevant for certain components. E.g. tars are usually characterised by offline methods. Hereby, the producer gas flows through an absorption liquid which absorbs special components. In the lab this liquid is analysed with GC-MS and UV-VIS and the amount of absorbed component is quantified.

Another sampling possibility are gas bags with subsequent analysis in a gas chromatograph for producer gas characterisation.

We invite you to contact our office under office@best-research.eu or a member of our personnel directly from this website. Fast and simple.

To Our Team Page